Should you Sleep in Compression Gear?

New research by investigators from the Osaka University of Health and Sport Sciences in Osaka, Japan as well as other collaborative universities examined the effects of wearing a compression garment during overnight sleep on recovery from high-intensity eccentric lower-body exercise.

A total of 17 male college students participated in two experimental training sessions. The students then either wore or did not wear a lower-body compression garment the same night during sleep. The protocol was designed to be fatiguing by including 10 sets of 10 repetitions of maximal isokinetic eccentric and concentric knee extensor contractions, with 30-second rest intervals. 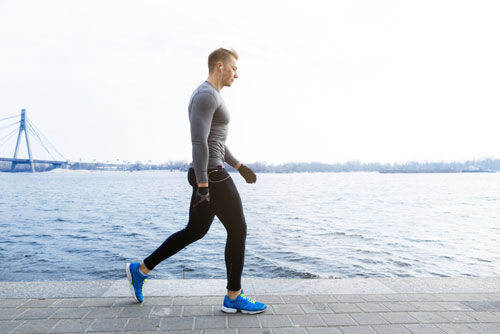 Immediately before, after, and 24 hours after the protocol maximum voluntary isometric contraction (MVIC) force of the quadriceps was measured and related surface electromyographic data was obtained.

MVIC force 24 hours after the fatiguing protocol was ~10% greater following the sessions the subjects wore a compression garment the same night. Changes in electromyographic variables over time did not significantly differ between the conditions. The investigators concluded that wearing a compression garment during sleep after a very intense workout may promote improved localized muscle recovery even though it did not have an impact on measured neurological factors.